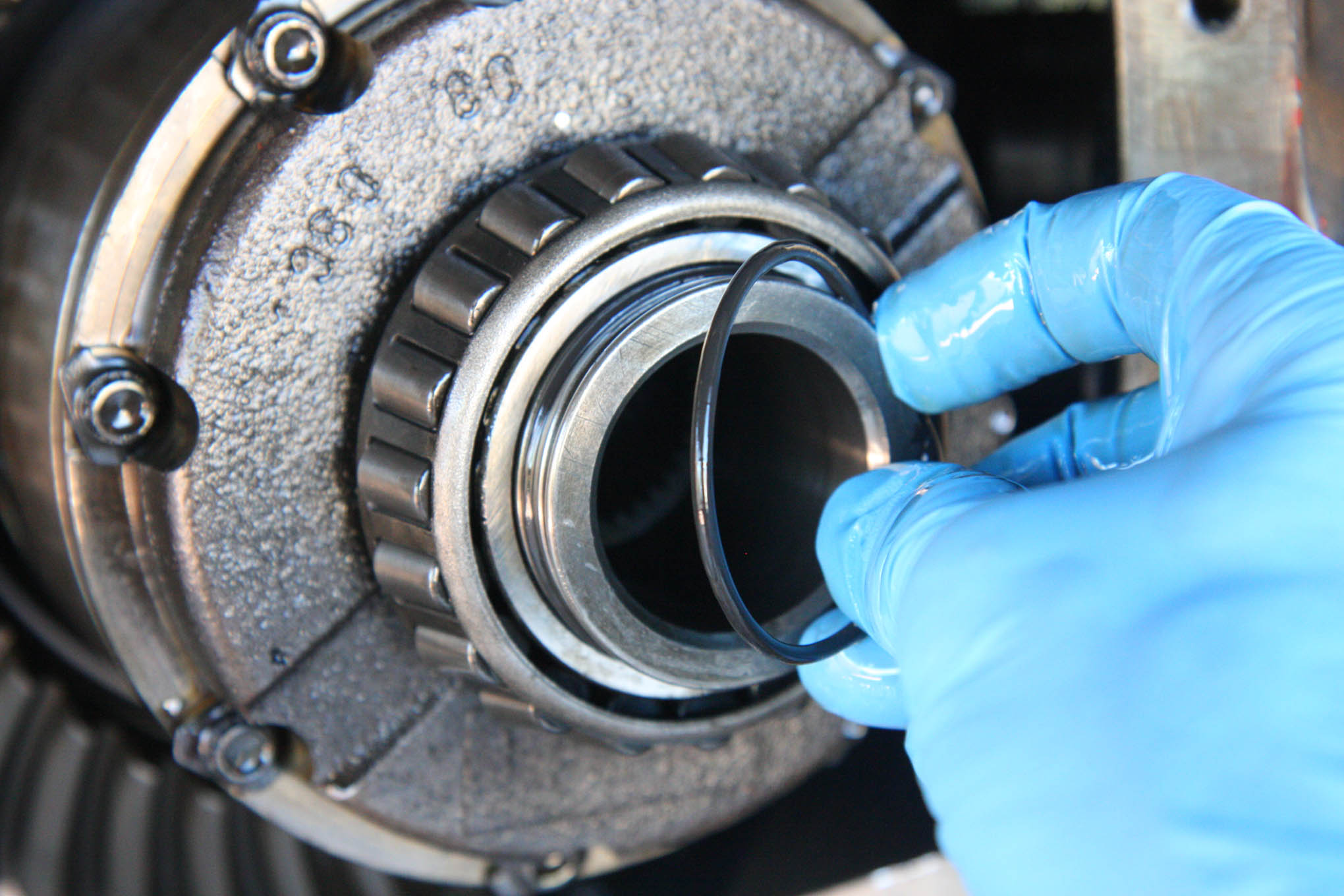 ARB air lockers have proven to be strong, reliable, and quick to actuate on demand. We have used a number of them over the years with great success. Generally, the seals that contain the locking air pressure inside will last many, many years. This is assuming that your gear lube stays relatively clean, you don’t pollute it with metal debris from abnormal axle wear or metal bits from carnage, and that they aren’t damaged by careless installation practices when the unit is originally installed or while the gears are being set up. That being said, you should typically only need to replace ARB seals if they become damaged for any of these reasons.

We were experiencing some air leakage inside one of our Dana 60 ARB lockers, so decided to tear into the differential to take a look. We found that one of the two Viton O-rings under the seal housing had gotten twisted upon installation. After more than a decade of hard use with occasional oil contamination, it was finally leaking.

Swapping in new seals was a fairly easy task, and we completed the job in several hours. It required pulling the axleshafts from the housing and unbolting the differential bearing caps to pull the Air Locker from the differential housing. No special tools or gearing setup was required, and everything was reassembled back into the housing in the same configuration it had been in.